The Creation of Executive Character-Believing in Something Greater Than Yourself

The creation of character rests on some important foundations that are partly innate and partly learned much like intelligence. On that platform comes greater knowledge and wisdom that continues to filter throughout one's life. The constant search for truth and the questioning of one's environment leads to greater insight into oneself and the world we live in. We become people of character through the trials and tribulations of learning that leads to knowledge.

As a business person I believe it is fundamentally important to hire people of character. By having a business with people who maintain a value system and deeper beliefs about the work they do the overall quality of the organization will rise. People with character build long-term value while those without are focused on short-term gains that could result in significant lost revenue and market share. 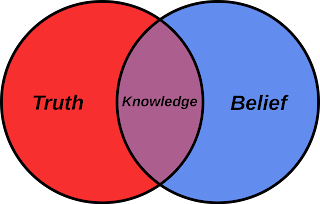 Any leader, who will be a good leader, will need to have character by believing in something greater then themselves. This especially more true when the vain and ignorant seem to get more kudos than insightful discussion on how to raise the status of your fellow human being. Truth becomes subjective and manipulated for personal gain; the trust foundation of business declines.

The selection of executives and those who hold the reigns of formal power should be based in part on their character. Charm, interpersonal skills, experience and job knowledge having little to do with character unless the person has made them part of a life long learning lessons. Those focused on their own immediate gain look good on paper but fail in the test of life when things get really tough.

Most of us have seen and executive who holds formal power and uses that power to push their own agendas  without consideration to the long-term impact of those decisions. There is a type of arrogance in their mannerisms which makes them easier to spot than others. Their decisions are often short-sighted, unyielding to alternative explanations and sometimes costs companies tens of millions of dollars when implemented.

Those with character have general themes that run throughout their lives and are consistent about the end goal. They believe in something greater then themselves and have followed those paths even when there was no reward or support. When push comes to shove they rely on their own value system and say "no" in the face of unbeatable odds and pending chastisement.

Either an act of lunacy or an act of altruism they can be counted on to make decisions beyond themselves. Such executives understand the value of their work, find a cause that keeps them motivated, and are willing to make the tough choices that ensure the right thing is done. They create value by raising the status of their business through ensuring it has meaning to society and maintains that meaning despite changes in wind direction.

Such executives are trusted because people have an inherent ability to see their genuine nature and can pick up on the patterns of choices that show consistency in belief. Brand image grows when these executives make decisions that focus on their core value proposition raising their revenue and market credibility. Their big picture begins to attract followers and believers. There is no greater motivator for employees than to believe that coming to work is part of a cause!