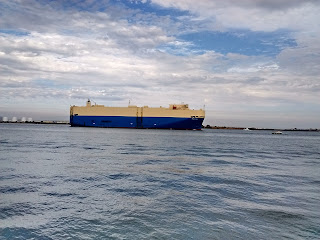 The IMF projects that the U.S. economy will grow a measly 2.2% citing concerns from the global market and internal political structure within the U.S. Their analysis cites complex risks but not too many specific large risks beyond China and British/EU dynamics. They do offer some advice that revolves around more around the fundamentals of the economy.

Considering the small but still important risks the economy face they have some level of justification for their assessment. Off the top of my head I can say China's stimulus, EU/England departure, ISIS, Russian/West relations issues, and conflict in the Middle East are partly responsible. However, I don't think the analysis is complete.

Most of these items are only partly responsible for slower growth but don't completely determine the projection. There are some positive things that are moving the U.S. in the right direction. Unless something major does happen it is suspected that the World Bank and IMF are low in their projections. Perhaps not by much, but still low unless the bottom falls out through a major event.