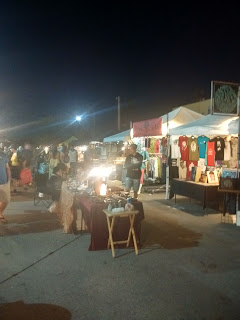 Consumer spending has risen over the past few months and is expected to expand the economy by 3% during the second quarter. Wages haven't risen very fast to cover recent increases in spending making it necessary that consumers dip into their savings. The heightened retail shopping can be seen as a sign of consumer confidence.

Consumer spending accounts for 70% of the U.S. economy. A few percentage points either way can make a big difference in economic output. Of course this money must come from somewhere so it is earned, borrowed, or taken out of their savings account.

Without rising wages there is a long-term dilemma. Eventually credit bubbles emerge and saving dry up making the economy less resilient than when wages are rising and savings are growing. While I am not necessarily a fan of artificially raising wages I am a fan of ensuring that market forces that would naturally raise wages be unencumbered.

The second quarter looks great because consumers are frequenting stores. They are willing to open their checkbooks and make purchases. As each consumer evaluates the value of the dollar spent they don't feel they will have financial problems in the future. With any luck we will soften the Britex slump by speeding up some economic activities to feed into current momentum.