Are we in a "Rigged" Economy? Most Americans Think So! 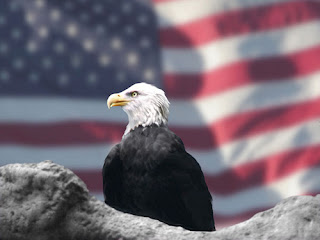 Seventy-one percent of Americans think we are in a "rigged" economy according to a recent poll by Marketplace and Edison Research. The vast majority of people believe that the economy is wrapped around and supportive of only a few select groups. The phenomenon is important because it is hitting wide political, ethnic and religious demographics.

The American Dream rests on the ability of people putting forward effort, developing, being innovative and improving their lives. Effort should end in some type of reward. Many Americans lost their savings and have not moved up the economic ladder in a couple of decades. To them, the American Dream may not be shining as brightly as it once was.

We must ask ourselves whether or not this is the American legacy we want to leave behind? People are poorer, more educated but make less money, distrustful, and want change. They feel they cannot get ahead no matter what they do. As riots in Ferguson have taught us, there is deep distrust between some populations and government officials and the discontent is getting wider and more powerful.

It doesn't need to be this way. We know that we are moving into a new world where information and ideas will spread quickly. The American economy, and those within it, will need to adjust to maintain international position by becoming more savvy and innovative. We should rethink how we view our government and leadership styles to ensure it has the most competitive economic and socio-political platforms.

I have seen places in this country where "who you know" is more important than "what you know" for jobs and promotion. People lived in poverty, a hole almost no one can climb out of, and leaders talked about their ideas but had little capacity to think beyond themselves. People who opposed or tried to use their freedom of speech were legally and socially chastised. American freedoms were thrown out the window as easily as throwing away a piece of trash.

If America is to be great again and create trust in society we will need to rethink and rejuvenate ourselves on a national scale to compete in a modern world. Everything from employment to police enforcement should be rethought to ensure interactions and systems are equitable and in the best interest of society. The future starts today by making those changes that will open the flood gates of American ingenuity and productivity.