Study Shows The Get Rich and Get Poor Economy 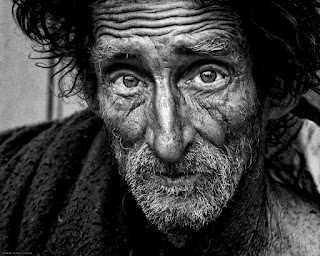 People have been complaining about the economy as far back as we traded with shells. Mostly, we love to complain just to complain and in many cases we have refined it to an art form. According to information released by Pew Research the middle class incomes are declining while at the same time some have risen into the higher income brackets. We are moving into the Get Rich and Get Poor Economy.

Middle income households declined from in 203 out of 229 U.S. metropolitan areas between 2000 and 2014. Likewise, it did become easier for some people to climb up the income ladder. Middle class shrunk from 55% to 51% of the population. Upper income people increased from 17% to 20% while those in the lowest incomes increased from 28% to 29%.

Overall the medium income dropped 8% further showing that most Americans are loosing their financial power. Those that improve their positions versus those who lose their position are likely based on their education and field of work. If skills are updated and people have gained a solid education they can jump to higher paying positions. Those that do not update their skills are losing ground.

We can also understand these numbers to be a broader implications that while the country is doing well in some respects we have to do a better job at competing globally. We must create a more global economy that is capable of support the rising high-knowledge occupations that create specialization as well as general employment opportunities that keep the middle class thriving.

America is special and a land of opportunity because the average person can make it into the middle class with reasonable effort and education. That is changing. As the middle class declines and increasingly out reach for most people there will be growing discontent between those who have and those who have not. Two different countries emerge under the same governmental umbrella.

It is important for government, business, and labor leaders to consider the broader implications of a weakening middle class. They will need to find a way to overcome the need to draw foreign investment to create jobs but also keep those wages solidly middle class with a descent standard of life.  A rethinking of the economy and how we compete may be inevitable as throwing the same old tools at the same problems seems to be losing ground. It may require hedging the changes in technology and metro infrastructure to create competitive environments where income growth and solid wages can be found.