Outside the Ethics Vacuum - Metrics and Culture 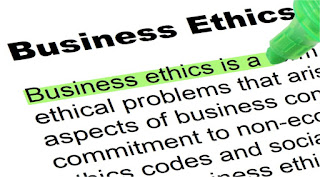 Ethics is built within a context and doesn't exist within a vacuum. As one comes to understand the social, political, and economic aspects of unethical behavior we find that it takes a community of "blind eyes" and moral failure to allow such behaviors to persist. Where ethical crimes exist there is usually a wider social network involved. Dismantling social networks of dysfunctional thinking requires instilling a culture of ethical behavior and supporting it with incentives.

Consider the difference between an employee who steals cleaning supplies as a short-term opportunity versus someone who is engaged in kickbacks and fraud. The former may be an individual act rooted in one person's need while the later requires a much wider network of supporters. Those supporters might include the person paying the bribe, the receiver of that bribe, employees who engage in the behaviors but could also include a larger group of aware co workers and colleagues.

This makes ethics violation a social crime. The type of fraud makes little difference. In consumer fraud there are usually other individuals who are aware and don't take action. To change this requires changing the metrics within the organization as well as the culture that allows such behavior to exist. Where rampant ethical violations are occurring it is necessary to radically change the organization.

Performance Metrics: There are a number of people who will always seek to "game" the system. They don't care about the spirit of what those metrics represent but they do care about how they can beat those metrics to earn more money or prestige. Adjusting the metrics to include non-performance issues and changing metrics around keeps systems developing and changing while making long-term scams more difficult.

Organizational Culture: Ethical crimes happen in a social network and context. It is acceptable because others have also deemed it as acceptable. When these behavior are entrenched it is necessary to break apart departments, remove leaders, adjust cultures, and create better organizational structures. The internal organizational conversations and transactions must change.

The problem is ethical violations is that they damage the organization, victims and society. People are often afraid to report those violations because they are not isolated incidents and don't often get the support they need. In some cases the reporter could become a target for others who believe the person is self-serving or seeking to cause trouble.

It is important to remember that all business is based on trust. When organizations allow such behavior to persist they destroy the reputation of their firm as well as the natural trust with consumers. As these problems continue forward the organizations is inching toward default and potential harm to shareholders that cannot be recovered. In some situations companies go out of business, seek to rebrand, or force new legislation. Making sure that the company supports ethical behavior and has the right performance metrics is a statement about maintaining solid profits as it is about values.