The Rise of a Freelance Nation 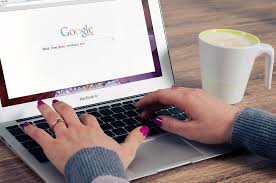 Freelance workers come with new opportunities and a number of pitfalls. Employers are turning to freelance workers because they provide greater flexibility and easier to administer budgets where they pay for only what is needed to complete a project. Employees as well might take up a freelance work in hopes of greater personal freedom. As a growing segment of the market turns to freelance work a few challenges become apparent.

According to the Freelancers union approximately 53 million Americans are independent freelance workers. This constitutes around 34% of the entire national workforce. As growth in freelance workers outstrips traditional job creation the needs of freelance workers will be of greater concern. In a decade or so freelance work might be a leading employment sector.

Its good and bad news. Traditional employment offers retirement, legal protections, and healthcare. Freelance work provides flexibility that working mothers and small entrepreneurs need to maintain their livelihoods.  For some, it can be a great way to improve their income potential while still maintaining a full-time job while for others it could mean the loss of stability.

Freelance workers are generally highly educated or have skills that allow them to contract their work. In some months they might make a lot of money while in other months they might suffer from limited income. The need to balance  expenditures and  work load make freelance work a type of small business venture based on contract work.

The biggest concern isn't the form of the work but the overall pay and protections traditional employment offers. As a growing percentage of employers push for contract work there may not be a substantial increase per contract to cover retirement and benefit issues.  This would mean a growing sector of society won't have much left by the time they pay their bills to take care of crisis issues and ensure income during their elder years.We will find ways of overcoming these challenges in the future.