Tax Inversion Rules and their Impact on the San Diego Economy 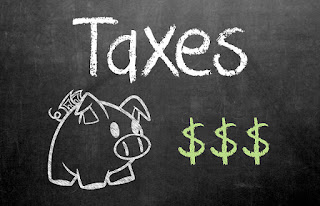 President Obama's administration recently proposed tax inversion rules that are designed to limit corporate reincorporation overseas in order to avoid paying American taxes. The debate is whether they will work and could it impact San Diego investments. The short answer is the impact on San Diego will be small but the long-term consequences of not fixing the tax system itself can have a much bigger impact on local investment.

I read an article in the Union-Tribune where different experts gave their opinions. They seem to be split on the topic where some feel it will not have much of an impact and others feel that the consequences will be greater. Some excellent points about loopholes, rates, and accounting games were brought forward.

I think it is first beneficial to define what a tax inversion is. Companies that seek to avoid paying high U.S. tax rates make their main operations a subsidiary of new parent company overseas. The majority of the businesses are U.S. based, but on paper it looks like the companies reside in obscure places like Cayman Islands or Luxembourg.

You might consider the Ten Best Tax Havens  where taxes are low and the governments are willing to draw American companies.

The tax inversion rules are unlikely to make a big change to the San Diego economy in the short-run. A few companies may end up avoiding incorporation overseas but ultimately will learn ways to adapt to this legislation. It is difficult for the government to keep up with and police this type of activity effectively over a sustained period of time.

The bigger problem is the tax system itself. We must ask ourselves why companies find it so lucrative to incorporate overseas. New rules can be helpful but don't solve the fundamental problems associated with motivation. Some companies will comply, others won't, while many will do so until their accountants find a new methods of tax avoidance.

Over-hauling the tax system so that America competes in a global environment, doesn't damage businesses for investing locally. and encourages hiring is a better solution. We haven't done this yet because the options are filled with political landmines. Legislation is helpful but only temporary.....the real problem lies in the complexity and costs of our current tax structures.