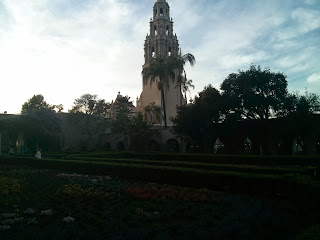 How do we push San Diego's ability to be a sustainable innovative city? I had the pleasure of reading Rob Litchmen's Opinion piece in the San Diego Tribute entitled, "Innovation group could build a sustainable San Diego" I like the idea of advocating for innovation in San Diego and pushing for sustainable practices.

I have often felt that sustainable practices are investments in our future. The initial costs of some practices can sometimes be prohibitive but can save money over the long term. Other initiatives could turn out to be cheaper and only need to be analyzed and applied.

All societies must push upward in their development. A committee could help in discovering new ideas, research best practices, and then solicit government stakeholders to incorporate new developments. They could work on forming a long-term strategic plan and marrying that plan with city governments.

The group could be part of government as in a formal committee or it could be industry led through volunteerism and corporate sponsorship. Businesses, professors, and specialists would be interested in joining. It would be a way of contributing to the city's development in a significant way.

The biggest advantage such a committee could have is changing people's mind from short-term thinking to long-term thinking. A group could push for sustainable practices that encourages San Diego to take a sustainable leadership position that is increasingly important in an era of climate change.

It could also review the master plans and ideas to further develop neighborhoods for local use. The automobile removed local grocery stores and a sense of community while bikes and public transportation are making them feasible again. Working through this change is important to ensure policies are sound.

I can't say whether such a group would or would not work. I can only say that it depends on its form, interest, political clout, and the public perception. Its power would be more in the way we think and its ability to research and recommend improvements. Rob Litchmen's idea of an innovation committee is important as one perspective on how to improve the local economy and standard of living.