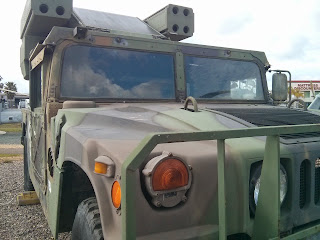 The military has always fascinated me in terms of how they train leaders to make their way through challenging situations where most of us would not be able to follow. Both business and military leaders share similarities that can provide us with a better understanding of the skills needed to influence people. Marrying the two approaches creates a better executive selection process that can pay companies dividends when these leaders mature.

We must first accept that leadership is not for everyone and those who are sometimes seen as leaders are not always the best candidates. For example, self-interested personalities sometimes rise to the top but their level of leadership wanes when they seek supporters who will need to sacrifice. In my experience, the more demanding and pushy a person is, the less likely they will be able to manage large groups.

On the other hand, a follower could have innate leadership skills that come to the forefront only under certain circumstances. Seeing beyond the obvious by selecting those with leadership traits and abilities can create returns on executive development. Without humility, leaders won’t know when they are wrong, consider the needs of their followers, or think beyond themselves.

According to a study comparing leadership, it found that the military selected candidates based on traits while businesses focused on skills (Hussain and Hussan, 2015). Before moving people into intensive training programs, the military desired persons who had the innate traits to use as a platform for development. In contrast, the business world sought people who displayed high skill levels.

The same study found that successful leaders are separated from mediocre leaders by their relationship abilities. Those that have the capacity to develop working relationships with others, and rely on those relationships to achieve goals, are more successful than those than those who are only task oriented. Even though the study doesn’t mention this, it is entirely possible that task orientation has limited impact on the environment without the help of others.

Leaders set challenging goals, rally people behind those objectives, and can change their styles based on what others need. Adaptability is trait oriented but enhanced through growth in skills, knowledge and abilities. Bridging the gap between military and civilian leadership development relies on finding those with the right innate traits and helping them gain the knowledge needed to be effective.