Showing posts from October, 2014
Show all

Grit as a Factor in Employment and College Success

- October 31, 2014
Students enter into college with lots of different hopes and dreams but not all of them finish their programs. Those who make it through despite multiple difficulties have something called grit. That grit that helps someone get through college despite multiple challenges is the same grit that employers should seek out for management positions.  Whether one is enrolling in an undergraduate programs or was just accepted into a doctoral program grit has a factor in their projected success. Doctoral grit has been associated with GPA, hours students spent working on programs, and student overall success (Cross, 2014). Such students are fully engaged. The ability to work on long-term projects despite the difficulties of life, challenges people face, and varying stresses is a remarkable trait. It is hard to judge someone’s grit simply by looking at them or completing a quick assessment. Grit is something tied to the very core of personality of the person and their self-belief in
Post a Comment
Read more

Is GDP the Best Measurement of Economic Growth?

- October 31, 2014
Numbers are only representations of ideal states and are in and of themselves subjective to what they measure. A paper by Stow & Stow (2013) discusses some of the fallacies of relying too heavily on Gross Domestic Product (GDP) without considering the deeper meaning of the numbers. Fallacies of judgment can occur when governments adjust their economy to improve upon GDP but don’t look at actual economic activity. GDP is calculated by adding =C+I+G+NX. Any improvement in consumption (C), Investment (I), Government Spending (G) and Net Exports (NX) would result in an improvement in overall GDP. The numbers could be misleading in the long run and lead to poor policies decisions. When consumers spend more money they are not necessarily improving total wealth of the nation even though GDP rises. They are simply spending their money, dwindling their savings, buying now instead of investing later, and taking on debt. They may be encouraging organizational profits but not excl
Post a Comment
Read more

How We Walk on the Moon by Colter Jacobson-Art Review 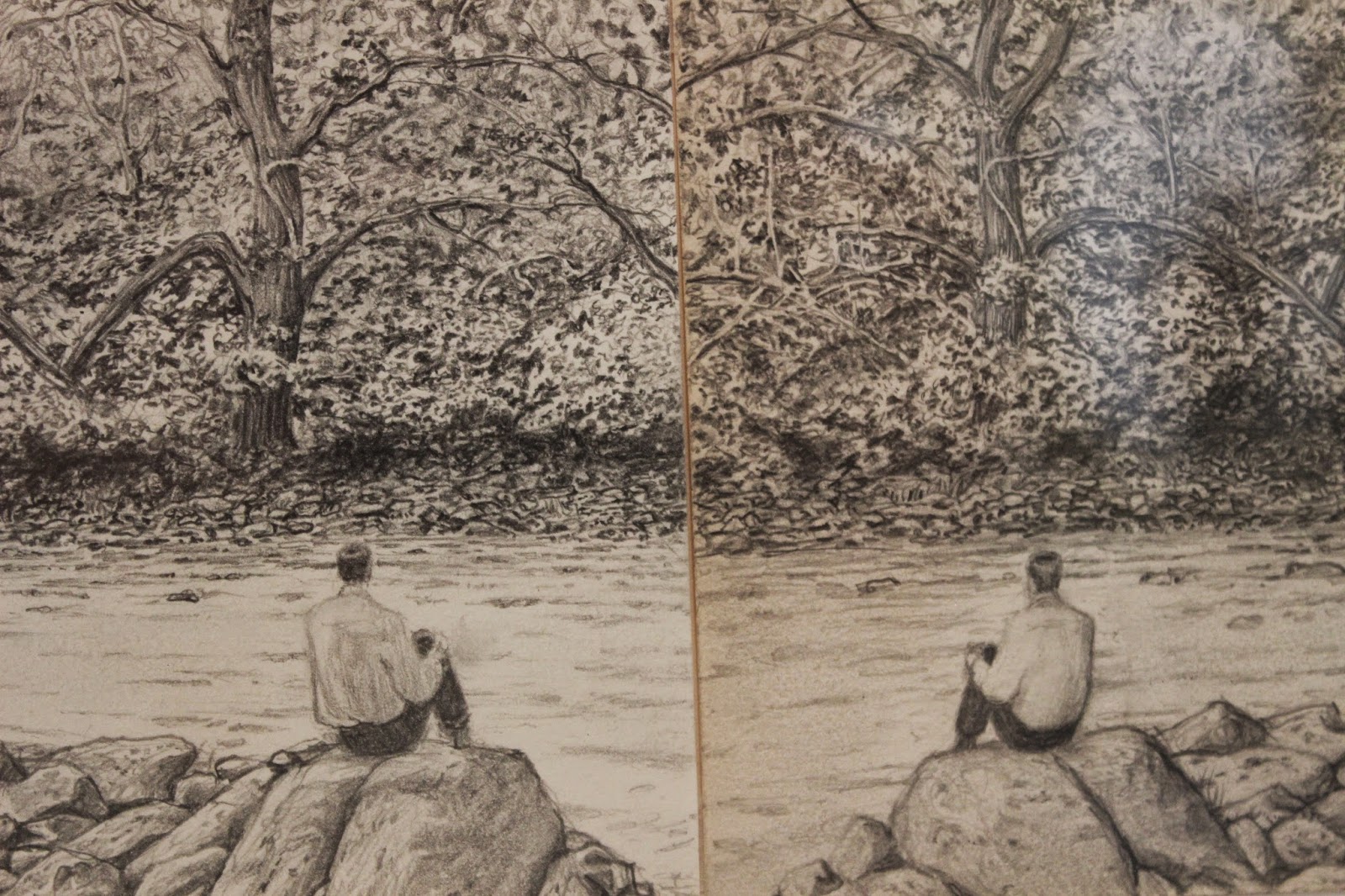 A few weekends ago I had the pleasure of attending an art exhibit at the San Diego Museum of Contemporary Art. The exhibit was a collection of sketches and sculptures by Colter Jacobson called This is How We Walk on the Moon . At times I find that looking at art draws greater appreciation for the ability of people to perceive and recreate their world. Colter does something interesting. He draws two pictures of which one is directly from the photo and the other is made from his memory. This allows for two slightly different types of pictures because memory is imperfect. Notice how the tree changed. Memory is also like an editable photograph. You have one picture but the way in which we interpret and see a picture will be based on other factors such as our personality. Consider how one person will notice a bird in a picture and the other the tree that eh bird is looking on. this is one reason why art and perception is a unique experience. https://www.mcasd.org/exhibitio
Post a Comment
Read more
More posts