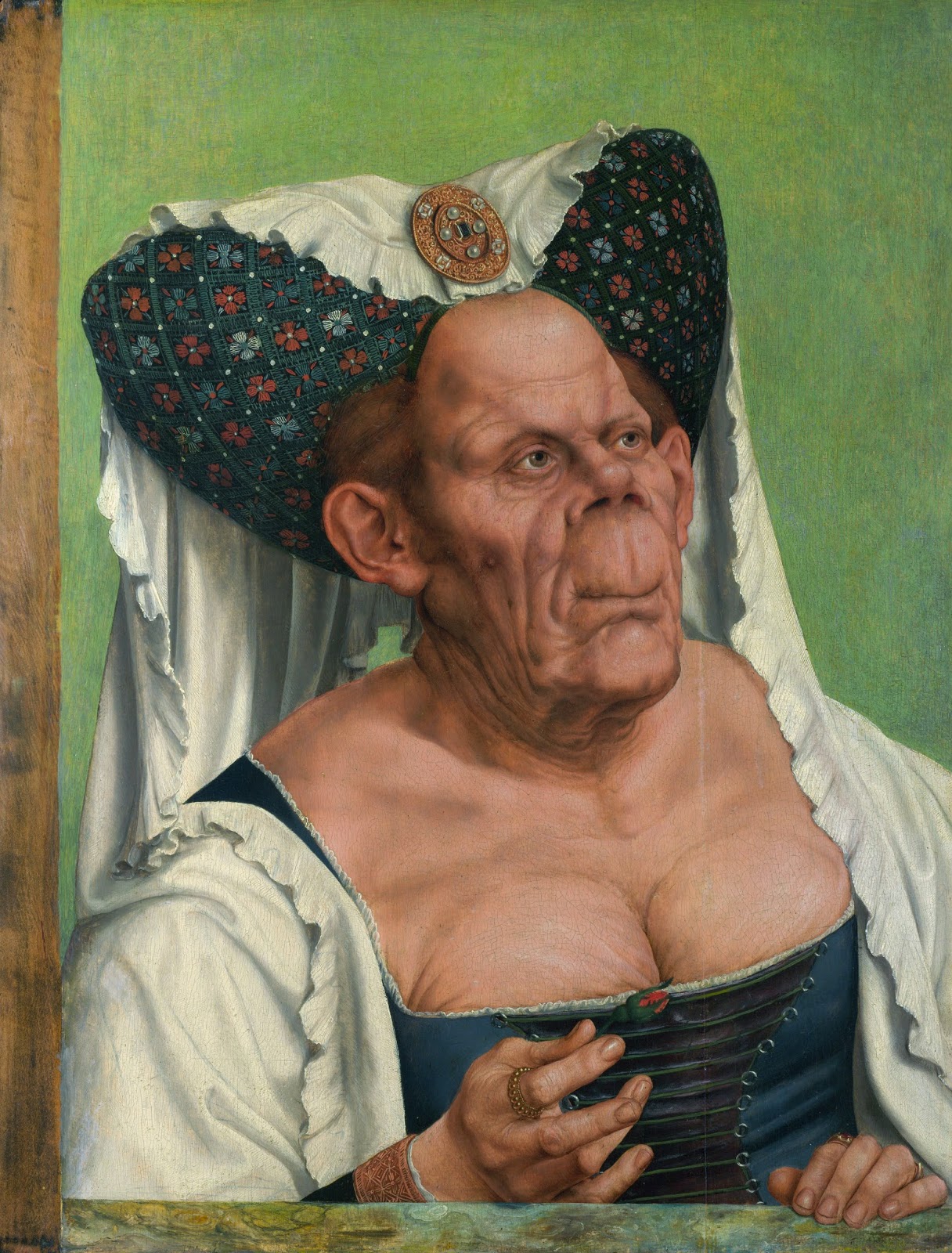 “Ugly Duchess” by Quentin Matsys is either an attempt to mock vanity or based upon a real person suffering from Paget’s disease. Quinten Massys was a Flemish artist who painted the picture in 1513 leaving many pondering its meaning (1). To many it is a picture of an old lady attempting to look beautiful with all the accessories of a wealthy person. The items we buy and the impressions we give others cannot hide our beauty or ugliness to the world.

Such a painting could also be as simple as an expression of age. The problem with fleeting beauty is that it is a slow process of decline where a once beautiful women fights against its demise by becoming more accessorized and gaudy in her dressing style. The same happens to men who desire to keep the strength and vigor of their youth alive and well through superficial means.

We hope to cover our flaws with cosmetics, fancy clothing, and expensive accessories but we only manage to make ourselves look less attractive by covering that which is natural about us. Each of us have something that makes us different, attractive, or unique and true beauty is that which is carried from the inside but is most often praised from the outside.

Some believe it was an attempt to ridicule an old woman who was donning clothing much too young for her age. Others believe she may have been beautiful on the outside and ugly on the inside. The painting being an expression of the authors disdain for false impressions. No one is sure as the author never explained the meaning of the production.

It is also possible the woman in the photo was beautiful but suffered from Paget’s disease that causes certain joints and bones to swell. Under these conditions the overall image of a person becomes distorted to the point that they lose much of their attractiveness. It becomes a disease we stare at or turn away in disgust from ensuring that we remember the picture.

Either way the painting is somewhat shocking and can lead one to think about its overall meaning and purpose. Because the hideous creature in the picture looks much like an ogre in expensive clothing the image of Fiona in Shrek seems to take precedence. She was once a beautiful princess but when she became an ogre that beauty declined even though she is wearing the exact same clothing. A lesson can be found. Instead of focusing on your outsides, develop that inner beauty which is longer lasting.