Book Review: The Theory of Economic Development by Joseph Schumpeter 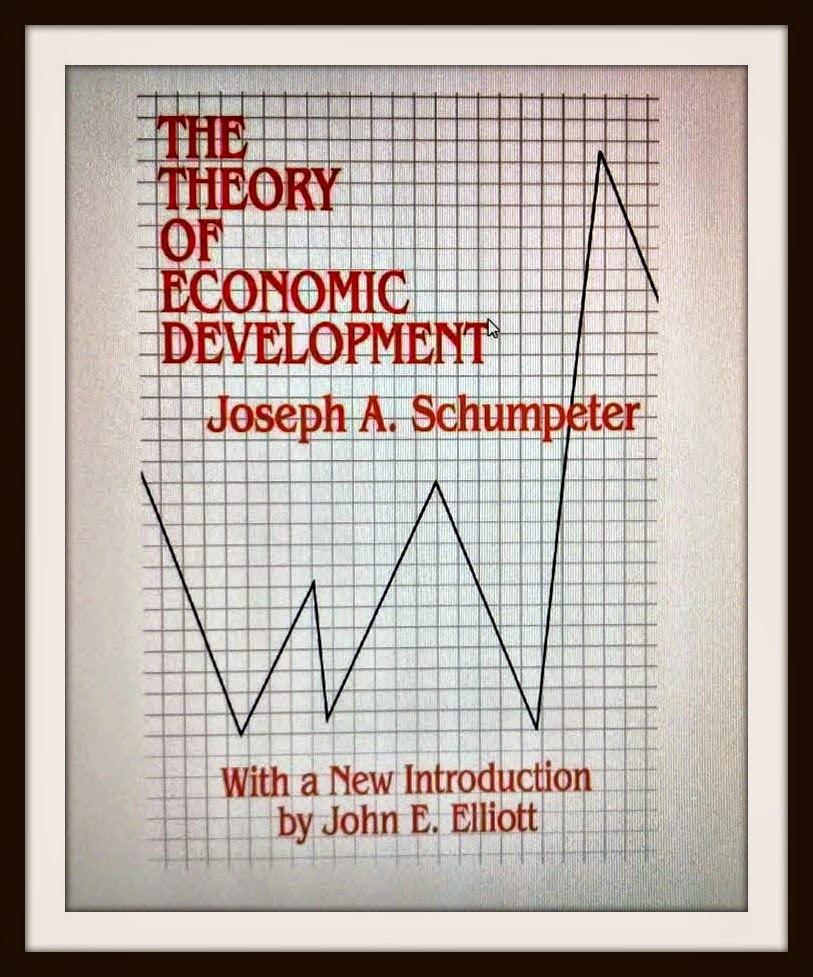 Joseph Schumpeter is known as the “Prophet of Innovation” and published his work The Theory of Economic Development at 28 years of age (1). As an economist he didn’t receive much attention because he wasn’t in alignment with the popular Keynesian Economics of the time (2).  His greatest achievement being the meshing of sociology with economics to make a system of development.
The chapters of the book are:

(I) The Circular Flow of Economic Life as Conditioned by Given Circumstances;

Schumpeter believed in a perfect equilibrium where there are no profits, no savings, no new products, no voluntary unemployment, or need. It is a system of economic flow where there is no need to adapt, adjust, or change because everything is running smoothly. This perfect equilibrium either never existed or only exists for a short time before the system changes again.

The economic system is forever in constant flux. It is being destroyed and rebuilt to adapt to new situations. Combinations occur to help solve economic problems through the use of innovation. As a system adjusts it must then readjust through innovation. This innovation pushes the system to new heights.

Entrepreneurs are the catalyst to change. When they innovate a new product or service it forces the system to adjust again. Entrepreneurs rely on credit and must be productive to pay that credit effectively. Their production encourages copycat adaptations not only in the field in which the product was produced but also in other fields as well leading to wider innovations that further the system.

In this book I find three main concepts of significant importance 1.) Sociology as part of the economic system, 2.) A flow of interconnected elements and 3.) Combinations. To me economics is about fulfillment of human need and when it fails to fulfill human need the economic system collapses and changes. Schumpeter touched upon the wider impact of disruptive technology that forces related components to adjust and reshape themselves within the market. Finally, combinations is literally the combination of one idea to the next even though it is seen in the Schumpeterian model as the combination of physical elements to create new products.

Beyond Schumpeter we find that societies are contracts between the governed and those doing the governing. All systems must allow for the manifestation of knowledge and motivation for maximum growth. When political, economic, or legal systems block that effort the system starts a slow decline. That system should encourage effort among the masses to speed up the economic elements and allow for the combinations of thought to be realized as the combinations of physical elements in the creation of new products and services. Maximum freedom in human effort should be encouraged beyond that which is necessary to protect the system, the people within the system or the environment in which they live.