The Economic Value of Human Capital

-Non-tradable good embodied in humans.
-Individuals are subject to human capital decisions made by parents, society, and government. Individuals who make their own choices internalize those choices.
-Human capital is qualitative and quantitative.
-Human capital can be used for multiple purposes and is transferable among businesses.
Because human capital can be complex and difficult to measure across nations most researchers use time in education. There is a basic assumption that education raises the ability of people to compete and be productive on the market. The more productive people in a nation the greater the national output.
Collective productivity turns into the Gross Domestic Product (GDP) of the nation and can be broken down into the GDP of the individual. The cost of education is important in determining the effective value of that human capital. Judson (2002) expanded on previous calculations to create measurements of human capital per worker (h) based upon cost of education: 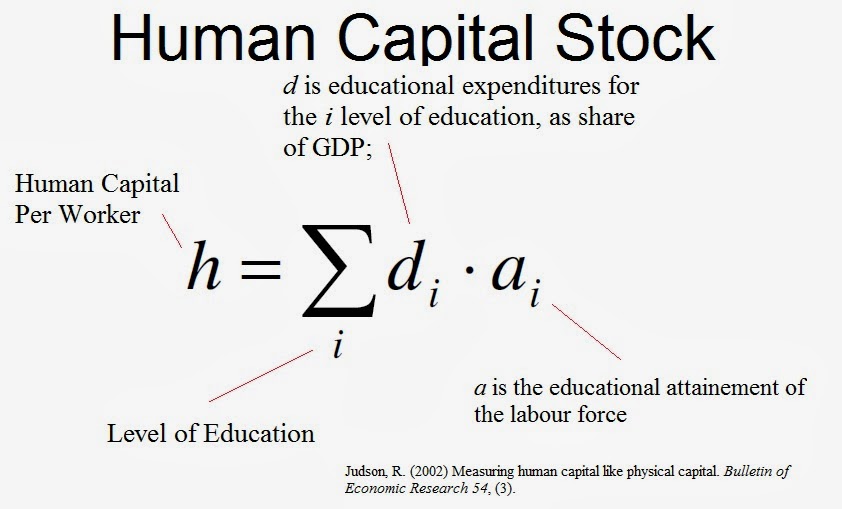 Human capital can be studied and used as an imperfect measurement across nations. These measurements are important because they can impact whether or not a society even has the potential to grow.  The authors found that the human capital value of 28 OECD countries between 1999-2008 were led by the U.S., Australia, and Austria and trailed by Mexico, Czech Republic and Hungary. The market leading nations had economic value of their population's skills and abilities.