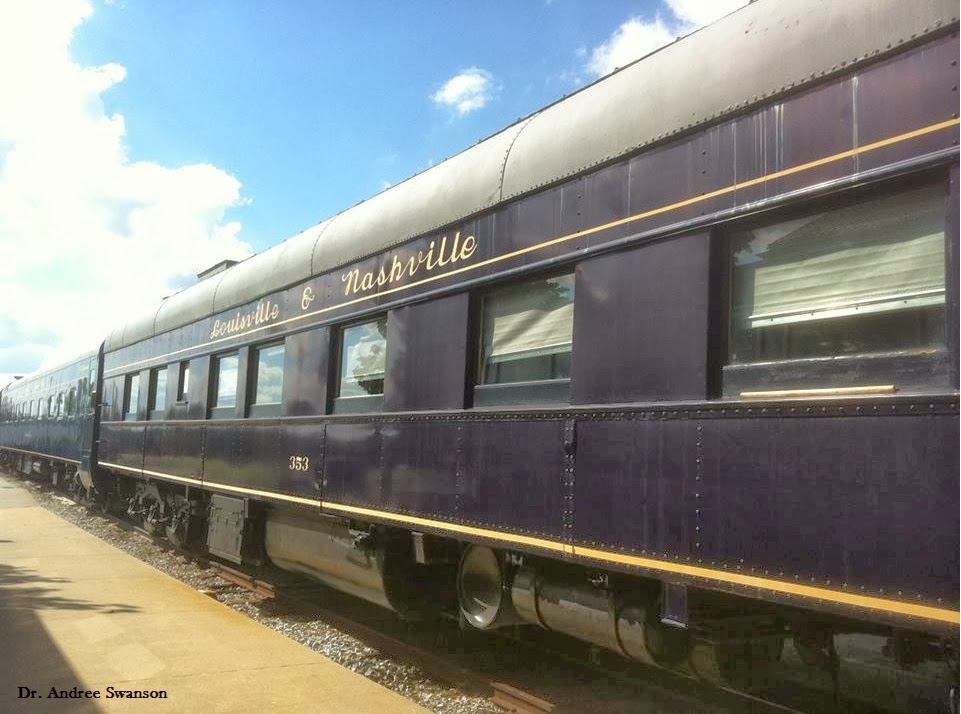 While attending a conference in Bowling Green, Kentucky, my husband and I had the opportunity to visit a lovely train museum.  The Historic Rail Park highlights the L&N line (Louisville and Nashville Line) that ran from… you got it… Louisville, Kentucky to Nashville, Tennessee.

According to the website, you can see…  “Step back in time to the golden era of railroad passenger service as a Tour Guide takes you behind the scenes of a Railway Post Office Car, Dining Car, Sleeper Car and Office Car, with special occasion options to see the interior of a diesel locomotive, a rare WWII Unit Hospital car, a Caboose and a rare 3-section Segregation rail car”.  Now, my husband and I have been to several train and transportation museums, to include the United States Army Transportation museum at Fort Eustis, Virginia.  You always get to see the rail cars in the yard, look in the window, but that was about it.  At the Historic Rail Park, you can actually go in the post office, dining, sleeper, and office car.

"Biscuit...The word derives from the Latin words "bis" (twice) plus "coctus" (cooked).  In England, a biscuit is what Americans usually call a cracker or cookie. The American meaning for biscuit was first noted by John Palmer in his Journal of Travels in the United States of North America, and in Lower Canada, (1818), and by 1828, Webster defined the confection as "a composition of flour and butter, made and baked in private families."  In general, usage such puffy leavened little breads were called "soda biscuits" or "baking-soda biscuits," in contrast to the unleavened cracker type.... Recipes for soda biscuits are found in every nineteenth-century cookbook, especially with reference to the cookery of the South... The South is also the home of the beaten biscuit, which was first mentioned in 1853...

In 1930 General Mills began selling a packaged quick biscuit mix called Bisquick that was a great success and spawned many imitators."

Duncan Hines was from Bowling Green too 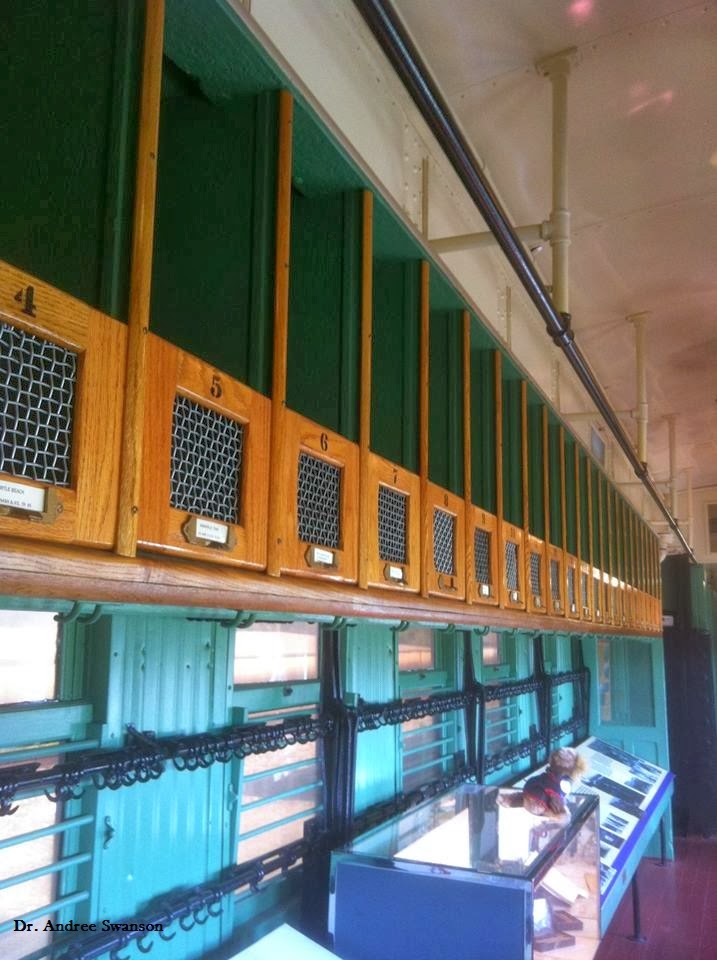 Duncan Hines was a travelling salesman for years, riding the rails, and writing about restaurants along the way.  “He kept meticulous notes on which establishments fed him well or provided him with a good night's sleep, and wrote and self-published popular travel guides, offering readers his tasteful advice on roadside diners and hotels.  Hines' published his first cookbook in 1939, and with annual updates, his guidebooks and cookbooks made him famous.” (History Company)

If I heard the volunteer guide correctly, he was behind the Biscquick brand, but like all good things.  Bisquick transitioned from Duncan Hines

“In 1947 he was approached by an entrepreneur, Roy H. Park, who wanted to put Hines' well-respected name on kitchen products from pickles to appliances. Their company, Hines-Park Foods, made both men millionaires, and the Duncan Hines brand name was sold to Procter & Gamble. Hines died in 1959, and his guidebooks were discontinued after 1962. The cookbooks are still in print, but to modern diners, Hines is just a brand of cake mix (now owned by Pinnacle Foods). “ (History Company)