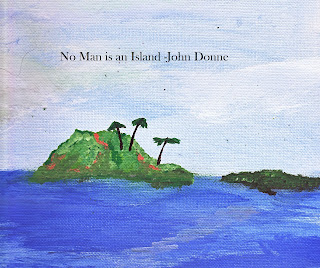 John Donne was born in England and was a poet, satirist, cleric and lawyer. He is seen as the ultimate metaphysical poet. Such metaphysical poets lived in the 17th century and were a loose group of learning poets that used conceits. A Metaphysical conceit is a comparison of two things that concede likeness even though the things may not actually be alike. For example, the concept of a flea biting both a man and his lover might mean that relationships should not be denied just because they are not married.  You can see that association in Donne’s poem “The Flea”:

Oh stay! three lives in one flea spare
Where we almost, yea more than married are.
This flea is you and I, and this
Our marriage-bed and marriage-temple is.

As you can tell from the poem, John Donne was using far metaphors and wit to get his point across. This type of poetry is based off of neo-Platonism. It is the attempt to find perfection of beauty in the world as the perfection of heaven. Their work was intellectual by nature but often too far reaching for the average reader. At times, they could sting you in the face with a “truth”.

Johnn Donne lived in poverty for a couple of years as he spent most of his money on women, wine, literature and poetry. He desired to live a carefree life of little responsibility. However, after marriage he became an Anglican priest and eventual a counsel to the government.  His poem No Man is an Island discussed  humanity as connected to each other and cannot survive without a level of unity.

No man is an island,
Entire of itself.
Each is a piece of the continent,
A part of the main.
If a clod be washed away by the sea,
Europe is the less.
As well as if a promontory were.
As well as if a manor of thine own
Or of thine friend's were.
Each man's death diminishes me,
For I am involved in mankind.
Therefore, send not to know
For whom the bell tolls,
It tolls for thee.

At the time in history when this poem was written, there were no television sets or radios. The major form of communication was the bell. The bell tolls referred to the potential of death. That each death impacts the totality of society in small ways. It does have an impact as each person is connected to every other person in society. When one leaves the hopes, dreams, desires, and nature of that person leaves with them. Their potential and the collective stream of understanding of society also changes. It is a poem about seeing the value in each person that walks and talks among us…even if we disagree with him or her.
famous poetry island poetry john donne no man is an island poetry history social poetry the flea